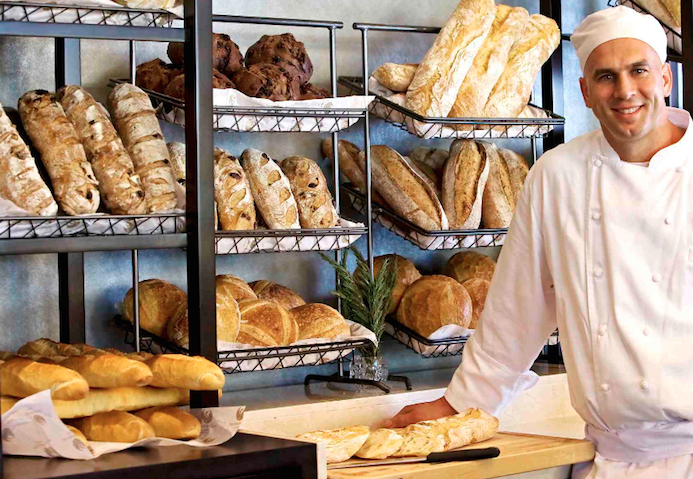 Sugar is one of the most important ingredients used in bakery foods. Keeping an eye on the global market will be more important than ever.

Next to bread products, sweet pastries, doughnuts, muffins and cakes are the lifeblood of a bakery. A Greggs without a jam doughnut could be likened to Kim Kardashian without her booty. And, of course, one of the keys to these products is sugar.

Sugar has hit the headlines in a big way this year. In July, the Scientific Advisory Committee on Nutrition (SACN) published its final recommendations to the government on sugar intakes, concluding that dietary sugar should account for no more than 5% of daily calories consumed – half the previous recommended limit. Meanwhile, the sugar market itself is going through a period of change in the run-up to sugar reforms. In 2006 a major reform of the sugar market aimed to simplify policy. Now, by 2017, there will be another reform, as the EU prepares to abolish sugar production quotas, end export limits and eliminate the guaranteed price offered to sugar beet farmers.

The quota management will end as of 30 September 2017, which essentially means companies can produce as much sugar as they want. According to Ben Eastick, director at Ragus Sugars Manufacturing, before the quota systems were introduced, the UK was one of the biggest sugar suppliers into the world market. However, with the 2017 reforms, the UK will gradually become a major supplier again, changing our position completely.

There are now just two sugar refineries in the UK: British Sugar, owned by AB Sugar, which refines sugar beet; and Take & Lyle, now owned by American company ASR Group, which refines sugar cane. Eastick explains there has been, and will continue to be, a jostling of the sugar market up until the 2017 reforms. He says: “There is a contraction within the sugar market in terms of suppliers. Various takeovers are going on and that is the big players in the industry lining themselves up. It is essentially survival of the fittest.”

Perhaps the most recent ‘jostle’ in the food market has been the sale of UK sugar distributor Napier Brown from Real Good Food Company to French firm Tereos in May 2015. In a statement about the sale, Tereos claimed: “The transaction will significantly reinforce ‘Teros’ position in the UK, which is a strategic market for French producers.” This is, as Eastick explains, the sugar producers trying to capture market share in the lead-up to 2017. In 2010, Tate & Lyle’s sugar business also changed hands when it was sold to American Sugar Refining (ASR) for £211m. Valued at the time at more than £2bn on the stock exchange, Tate & Lyle was Europe’s leading cane sugar producer, but is also the company behind Splenda sweetener.

As a baker, you may be asking why does this matter? And it all comes down to price. Eastick explains: “High stocks and weak demand continue to dominate the global sugar markets. In May traded prices in both London and New York reached six-year lows, partly as a result of Thailand’s large surplus of raw sugar, although the general consensus is that the market price from June onwards will slowly start to increase. As of 2017, the UK and EU sugar industry may want to reduce its EU supply as they will be able to export refined sugar on the world market, if offered a more favourable price. This, in turn, will lead to prices being much less stable as it will be a potentially volatile market, which will vary with world market prices and supply (or stocks). EU sugar exports are currently 1.6 million tonnes (mt) and, post-2017, this will probably drop to around 0.5mt from the 3.8mt allowed to be imported currently. Nobody knows what will happen, so it’s difficult to say how much sugar prices will rise in value terms, but sugar is currently being traded at ridiculously low pricing, which is unsustainable.”

For bakers, keeping an eye on the global sugar market will be more important than ever. Eastick advises bakers to future-proof in preparation for this and the post 2017 reforms. He says: “I advise one of the large bakery traders that they need to future proof and not hold an allegiance to one supplier as that supply can be cut off. The world is very small and it’s a global market. What is happening in the world will affect the price you pay for sugar – not six but 12 months down the line, as it will impact on EU and UK market. See what’s going on and then bakers can make an informed decision about what to do.”

Ruud Schers, sugar analyst at cooperative bank Rabobank, which has a special focus on food and agribusiness, thinks the 2017 sugar reforms will create a big change in the industry. He says that average sugar prices for the EU dropped by 40% in the past two years (January 2013 – January 2015). Between January and now they have been steady around €415-420/tonne. But this is set to rise. He advises: “The most favourably situation for bakers buying sugar is a well-supplied EU market from a good crop, and the world market price should not be too attractive.”

Of course it is not all about sugar. With the issue of health at the forefront of the media, reducing sugar content in products by using sweeteners is appealing to food manufacturers. The value of natural sweetener stevia is forecast to grow to £167m by 2017, according to research group Mintel. Laura Jones, food science analyst at Mintel says: “Much of the growth in the global sweeteners market is set to be driven by growing consumer concerns over sugar intake, while the development of more plant-derived sweeteners is also anticipated to benefit the market.” However, there is criticism of using sweeteners. Eastick points out that fructose from corn & wheat suppresses the action of a hormone called lecithin. This hormone tells the brain when the fat cells have had enough carbohydrate. He adds: “If you take sugar out of food products and replace it with a sweetener like stevia, you need to add polyols for bulk, and the recipe ends up being less natural and more expensive. The future is about moderation in our intake, and educating people about the true facts. Eventually, the consumer will wise up, just as they did with the butter versus margarine debate.”

The other option is to use natural sweeteners. Lisa Robinson, marketing assistant at Rowse Honey, says “Honey is a 100% natural alternative to sugar, and it can add moisture to your bake. Honey from bees foraging on different flowers gives a variety of flavours, so try different honeys to innovate with your recipes.”

The SACN report will pose huge challengers for bakers, as arguments from the health lobby will continue to grow. With this is mind, and health trends growing, reformulating products may be on the cards for some bakeries, but it’s not always that simple. Professor Tom Sanders, head of diabetes and nutritional sciences division, School of Medicine, King’s College London, says: “Reducing the sugar content of solid foods is more complex because consideration needs to be given to the bulk provided by sugar. Sugar alcohols are a possibility, but they have some side-effects such as causing laxation and diarrhoea with intakes above about 20g. Reformulation by removing sugar can also inadvertently increase the proportion of fat and calorie content of the product and I cannot see any benefit of replacing sugar with refined starch. Consequently, I am less sanguine about the practicality of reformulation.”